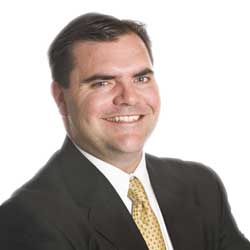 Rafael emigrated to California with his family when he was eight years old. Growing up throughout California, eventually to settle in Sacramento, Rafael was educated in the California public school system. After graduating from Stanford University he returned to Sacramento, eventually going to McGeorge Law School and starting a career as an attorney. Rafael started coaching water polo in 1996 and founded and continues to oversee one of the largest youth water polo clubs in the nation. His mother was a long-time bilingual assistant at an elementary school filled with immigrants and many languages. Rafael also has four boys who attend public schools in the Sacramento region and he is a member of the school Site Council as well as an officer in the local high school’s Booster Club.

“My vision for Teacher Guardian is to provide such a high level of service and support to California teachers that they have a peace of mind with respect to their job security that allows them to focus on the kids and their profession. I have been on a California school ground almost every day since I came to the United States and public education is a passion of mine. Public education is about great teachers…often ordinary persons who unselfishly devote their lives to imparting knowledge but also, more importantly, modeling character and citizenship for all of our children to strive to.”